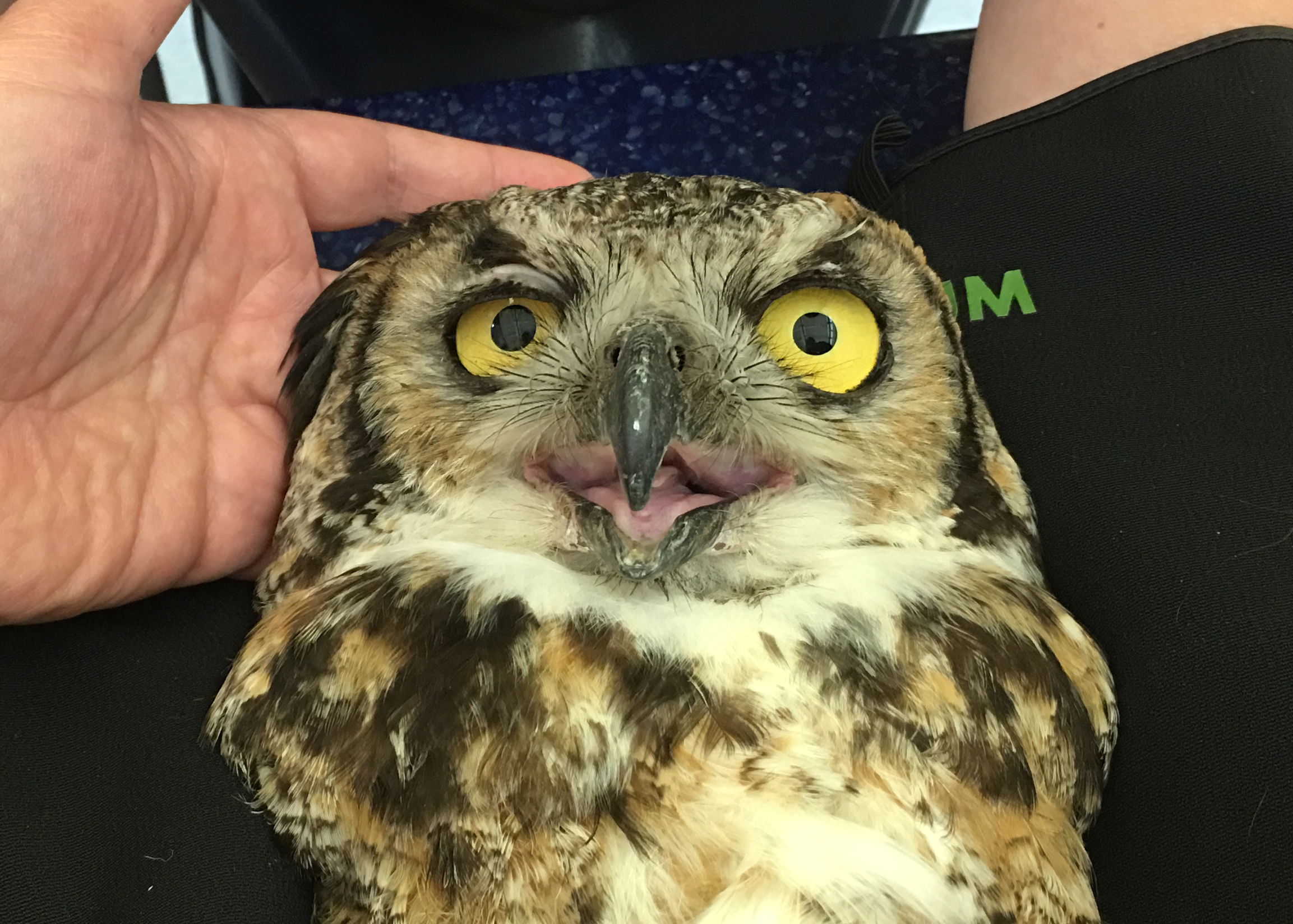 One thing’s for sure about being an independent avian veterinarian: No two weeks are ever the same. In fact, there’s hardly a day where I don’t learn or see something new. This week’s unique case involves a great horned owl that was rescued by Pine View Wildlife Rehabilitation and Education Center.

The bird was found injured about a month ago. It was probably hit by a car– a very common occurrence at night as owls cruise roadways for rodents in the grassy edges and those that attempt to cross open lanes. Initial x-ray images demonstrated a fracture of left ulna, just past the elbow. Normally such fractures can be addressed by limiting use of the wing for a couple of weeks in conjunction with some physical therapy and a period of a few more weeks flying and gaining strength in a flight enclosure. The staff did just that although the owl protested to wearing any splints (chewed them to shreds) so they compromised by confining the bird in a small enclosure that would not require any flight. However, when repeat x-rays were taken more recently, it was found that the fracture site was not healing. So I was called in to examine the bird and help re-assess the fracture and see if surgery might be appropriate. Dr. Boss at Best Friends Veterinary Center provided x-rays and staff, free of charge, to Pine View to help with the case. I love it when local veterinarians pull together with rehabilitators to help wildlife.

The first thing I did was examine the bird and I found it to be in pretty good shape. There was a noticeable enlargement over the area just past the left elbow and it was sensitive when pressed with my fingers. But the wing had pretty good extension without expression of discomfort. I instructed the staff on taking a view new to them known as an AP (anterior-posterior) view. Imagine a bird flying straight at you with wings outstretched. That edge-on view is what I was looking for to fully assess the elbow joint. It’s an often overlooked view because it’s a bit strange to take– you have to stretch the wing across the vertical x-ray beam. The other thing we did is took the traditional VD (ventrodorsal) view and we threw in shots of the good wing for comparison.

The images confirmed that there is calcification taking place but not between the fragments of the ulna. This often occurs due to devitalization (death) of bone at the fracture site, possibly due to temporary exposure to air but also can be just a result of severe trauma. You can also see that one of the fragments may be healing to the radius, which could limit spreading of the wing in the future. Finally, and perhaps most importantly, the elbow joint had been damaged– the radius had moved out of its usual position against the humerus. This signifies that there are torn tendons, possibly joint capsule damage, and these are things that are practically impossible to repair, at least in a chronic state, to a point of full flight capability.

I couldn’t recommend surgery as the chances were extremely remote that I’d restore the bird to full flight. But the bird does seem to have good potential to be functional enough for a comfortable captive life. Pine View will allow the bird to heal up a while and then begin assessing its potential as a wildlife ambassador for educational programs. Some birds that can’t be released also make great foster parents to raise orphaned owls.

If you are interested in learning more about Pine View and what they do for wildlife, please visit their website at http://www.pineviewwrc.org/.

2 thoughts on “An Interesting Owl Case”

Medical Management of Wildlife Species is a new book wherein Dr. Ford has written a chapter on pre-release conditioning of wild birds. 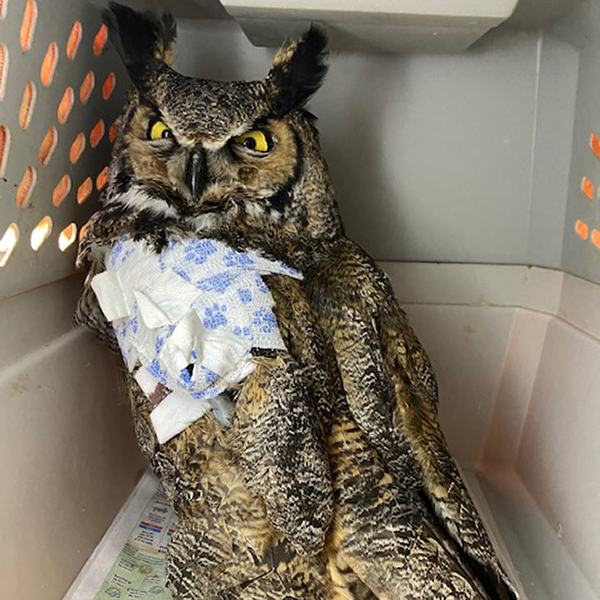 By Dr. Scott Ford In recent months, I’ve been helping Pine View Wildlife and Best Friends Vet with a few owl cases. It’s been fun and I’m happy to be helping other veterinarians grow their skills and do great things for wildlife. I started my professional career by treating wildlife. For those that cherish wild […]